I'm starting writing this post in the afternoon but there's a lot of food in the house at the moment and I'm prone to distraction so it'll take me a while to finish this.

I've not blogged since I got a job. That's because at the end of the work day I'm so sick of staring at my laptop screen that I can't bring myself to blog. But I'm not back at work til Jan 3rd so here we are.

Yeah, so, 2016 was a bit out there wasn't it? On my to-do list for 2016 I included "do something that 2015 Libby wouldn't have done". I did way too many of those things, which is great, because it proves I've grown as a person, but is also terrible, because here are some of those things I've done:


But among all my bad choices there were the greatest moments I've had in my life. There's no doubt in my mind when I say that this year was the best year of my life. Allow me to brag my way through the highlights.
Not bad not bad not bad.

Popular posts from this blog

6 things I learnt in Skegness 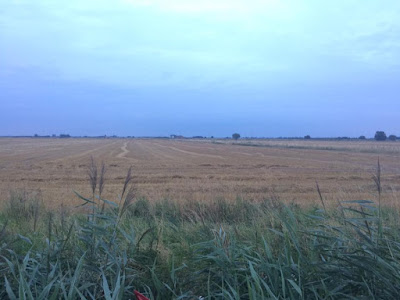 In my continuing bid to abandon all aspects of real life and absorb and enhance my inner Jack Kerouac, last Wednesday evening I headed to Skegness for no reason at all. After coming back and checking Facebook I realised almost half of Derby had the same thought pattern at some point this week.

I can't sleep in a Corsa.
Alas, I do not mean "one" cannot sleep in a Corsa, because my traveling companion got a solid three hours sleep as well as napping half the journey home. I mean I can't, mainly because it's a stupid place to sleep. This is because it's a Corsa. The seats recline to almost horizontal, but the point remains. It's still a Corsa. And I will sleep anywhere, including standing up in a club. But I cannot sleep in a Corsa. Because it's a shit idea.Two pence arcade machines remain the greatest invention since sliced bread.
Perhaps they even top sliced bread. We all know it's just the tiny dopamine rush that makes them so good - it's the sam…
Read more

The pill, and reading the small print 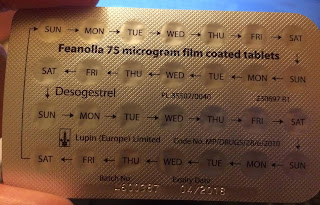 The same as every person who has ever written a blog post in their life, one of my New Year's to-do list thingys was to blog more. As I curled up in bed to write a pain fueled rant about the trials and tribulations of The Pill in the form of a Facebook status that no one bar my boyfriend, mum, sister, and close group of feminists friends would read*, I decided to make it into a blog post even less would read.

It's the worst advent calendar you could ask for. Or countdown. "How many days til your holiday?"
"Well I've only got to snake back along my pill packet one more time."

Statistically, The Pill, whichever you may be on, is a real shit show. If you don't find it so, you're a lucky git and I'm very envious. For the record here, I'm not talking about the usual The Pill, I'm on the POP (progesterone-only pill), but POP Pill makes me look like I'm writing a blog post reviewing some weird hormonal legal-but-not-actually-legal-anym…
Read more